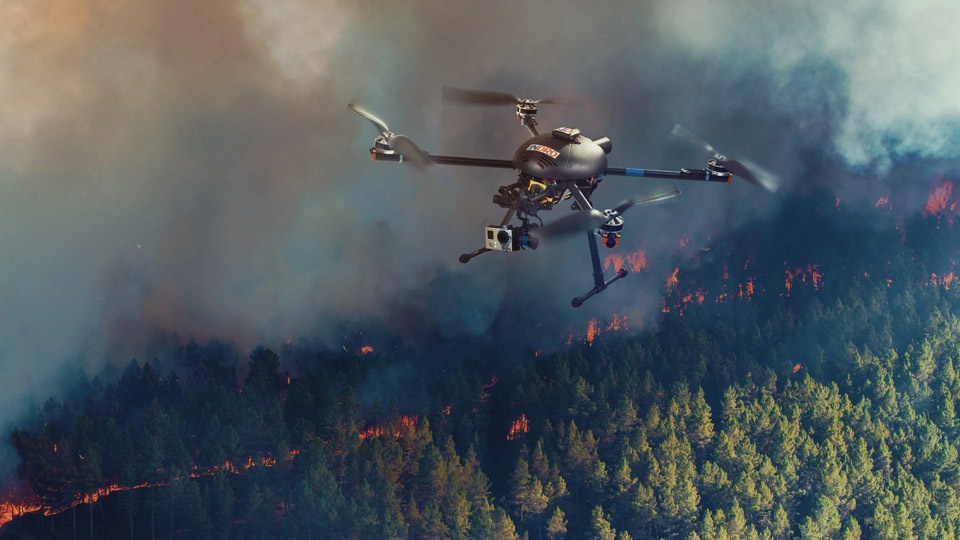 In 2014, a fire broke out at the historic Stony Creek Quarry near Branford, a small town located about 100 kilometres north-east of New York, USA.

Emergency personnel from the state bomb squad, the federal Bureau of Alcohol, Tobacco, Firearms and Explosives, state emergency management officials and local firefighters rushed to the scene after they learned that the fire had set rubber blasting mats ablaze not far from an explosives storage area.

As authorities secured a 1.6-kilometre perimeter around the area and began evacuating residents, local volunteer firefighter, Peter Sachs, arrived with his drone.

As the Fire Chief looked on, Sachs flew the 60 cm by 60 cm drone over the fire while streaming back video to his iPhone.

The video revealed that the fire was about 12 metres from the explosives, just far enough away to send fire fighters in to put out the fire.

“They just needed eyes in the sky,” Sachs said.

The fire department in Branford is not the only group waking up to the power of drones.

Emergency agencies are fast finding out that drones can typically be deployed faster and cheaper, provide higher-resolution images at closer range, and are quieter and more manoeuvrable than planes or helicopters.

By May 2018, a survey of public safety agencies in the U.S. estimated at least 910 were using drones, up 82 per cent from 2016. These included state and municipal police, fire departments, emergency and public safety organisations, and highway patrol units.

Countries around the world are following suite.

“Unmanned Aerial Vehicles (UAV’s), or drones, are already playing an important role in helping them cut costs, deliver efficiencies, and save time while working under pressure.”

When Hurricane Maria hit Puerto Rico in 2017, it ravaged the island’s electrical grid and communications systems.

To get its service back up and running, telephone provider AT&T launched its Flying “Cell on Wings” (COW), an experimental drone that provides emergency 4G coverage over 100 square kilometres.

“As soon as we turned it on, people just started connecting to it instantly,” says Art Pregler, AT&T’s Unmanned Aircraft Systems program director.

His team operated the tethered Flying COW from a Walmart parking lot, which provided the Internet connection for the airborne cell tower.

The tether between the drone and the ground provided a secure fibre data connection and supplied power to the Flying COW, allowing for unlimited flight time.

Swiss start-up TwingTec has developed a tethered drone that extends 300 metres into the air to generate power from high altitude winds. Each drone unit can generate 100kW of power and can be easily transported to areas hit by natural disasters in a standard shipping container. Multiple drones can be deployed to create a mobile wind farm.

After a flood or an earthquake, drones are already used in search-and-rescue operations to sweep large areas for people who need help.

For example, a trial in Ireland found that a drone could sweep an area for a missing person more than five times faster than a ground-based team of rescuers.

By enabling relief workers to see the bigger picture, drones allow relief efforts to be co-ordinated more effectively. To illustrate:

In April 2015, a 7.8 magnitude earthquake struck Nepal, killing more than 9,000 people and displacing over one million. First responders flew drones below the cloud cover and around physical debris, allowing teams to locate and rescue victims.

To help drones navigate complex, narrow, or dangerous environments, researchers have encased drones in carbon fibre nets that simply bounce of obstacles and continue on their way.

In 2016, two tourists were spotted and rescued from a steep mountain in Iceland with the help of a drone.

In January 2018, Australian lifesavers used a drone to help rescue two people in heavy surf at Lennox Head on the New South Wales north coast. The drone dropped a flotation device to the swimmers in trouble, who were then able to make it back to shore.

To assess disaster victims who may have been injured, Academics at the University of South Australia have successfully trialled drones that can measure heart and breathing rates while hovering three metres from a person. The results were as accurate as traditional contact methods, the university said. Researchers expect the drones to capture information at much greater distances once the technology is further developed.

A 2017 study in Sweden found that a drone can transport an automated external defibrillator over four times faster than an ambulance. The so-called ambulance drone provides audible instructions so onlookers know how to operate the device.

Drones have also been used to deliver medicine and humanitarian aid to camps housing displaced survivors of natural disasters and people living in remote areas.

Fire fighters around the world are increasingly using drones to fight fires more safely and effectively.

Drones with standard video and thermal-imaging cameras allow firefighters to quickly learn about a fire and determine how to effectively control it.

“Thermal imaging can help firefighters determine the source, spread, direction, and ferocity of a fire in buildings or bushland,” says Ben Harris from National Drones.

“This can allow emergency services to plan a coordinated attack prior to entering the battle zone.”

Fire fighters can use drones as an eye-in-the-sky to assess what buildings or trees might reignite after a fire has passed and to determine when residents might safely return to their homes.

They can also use drones to initiate and monitor controlled burn-offs in rugged or remote terrain and spot potential arsonists before they light fires.

Drones are making a difference

While the military is by far and away the greatest investor in drone technology, clearly the best use of drones is to save and protect human life.

And in this regard, drones are clearly making a difference.

According to one recent survey, on average drones are saving almost one life each week, and the number is increasing each year. The figure includes lives saved from flood, swamps, and snowbanks or off beaches or in boats.

Many of these rescues have been performed by volunteers or amateur drones operators who happened to be in the right place at the right time.

As drone use becomes more widespread, the number of lives saved by drones will surely continue to grow. 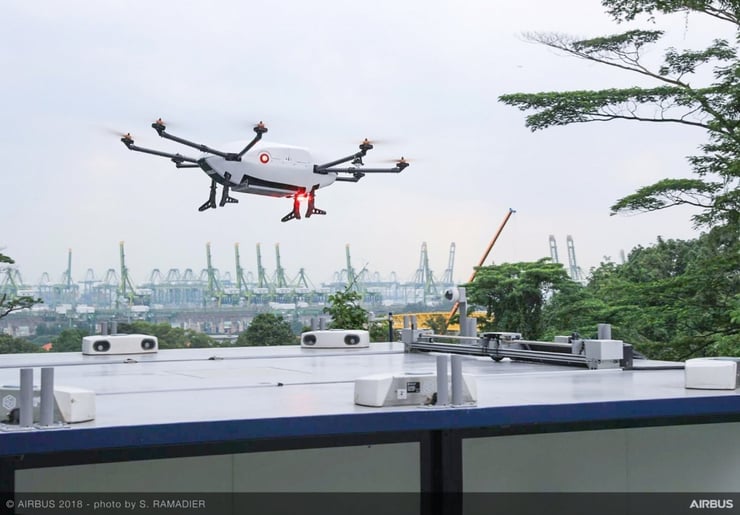